Dance Collective strives to cultivate the individual talent of every student by balancing accredited technical dance training with performance opportunities. Our highly qualified teachers foster the development of young dancers and produce students who are confident, courteous and self-disciplined individuals. Through their experiences in the studio and on stage, students build skills that will benefit them in all aspects of life.

With classes geared to dancers of all ages and levels, we provide options for both the professionally-minded and the recreational student. Established in 1992 with a vision of providing dance excellence in a fun, encouraging and family-orientated environment, Dance Collective encourages students to discover their own musicality, creativity and to take pride in their accomplishments. 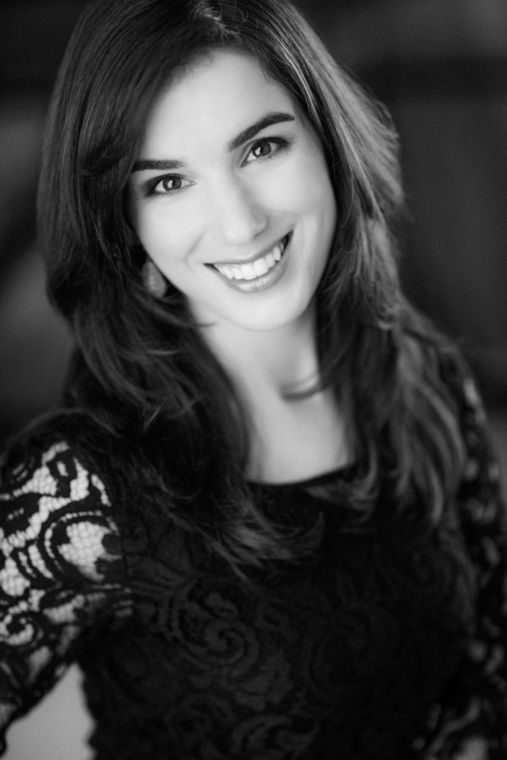 Rebecca entered the dance world at an early age of three years old and has never looked back. Along the way she has trained extensively in ballet, jazz, tap, lyrical, hip hop and musical theatre on scholarship at some of the most prestigious dance institutions in North America, including Randolph Academy, Los Angeles’ Edge Performing Center and Millennium Dance Center. Throughout her studies, she has been grateful to have worked with some of the best dancers and choreographers in Canada and worldwide including Tyce Diorio, Nappytab, tWitch, Brain Friedman, Lorianne Gibson and Alex Wong.

Rebecca has had the privilege of dancing with Royal Winnipeg’s finest, such as Evelyn Hart, Michael Faigaux, Jesus Corrales, David Lucas and Lissette Salgado in “Stars of Canadian Ballet”. She has also danced for The Source Dance Company, as well as danced and choreographed for Velocity Dance Company. Over the past few years, Rebecca has appeared as a featured dancers and ensemble in many musicals including Kiss Me Kate, Joseph and the Technicolor Dreamcoat, Wizard of Oz, Babes in the Wood and Fiddler on the Roof. She has also choreographed and performed in independent projects such as Vancouver’s 12 Minute Max, Dancers for a Small Stage and Merge I, II, and II with Spectra Theatre.

Most recently, Rebecca has become a BCRPA certified fitness instructor and due to the benefits of pilates for dancers, received her STOTT certification in beginner and intermediate mat. In 2012 she received her teaching certificate from the Canadian Dance Teachers Association for Jazz and Tap and has over ten years of experience as a respected dance instructor.

Born and raised in Winnipeg, Manitoba, A J Swoboda grew up with the passion of Dance. The younger of two siblings, A.J. was supported and encouraged by family and friends to pursue a career in the performing arts. She began dancing at the age of three, with exposure to all mediums. As she started to get inspired by other forms of dance, she decided she wanted more. Her family moved at the age of 14 to Penticton, BC. In her new hometown, A.J. competed in both solos and teams. She achieved a preliminary championship level which took her all over the world. She has received awards and scholarships from different organizations some of them including the BC Festival of the Arts, Fusion Dance Kamp, Groove Street Productions and Monsters of Hip-Hop. Through her travels, she particularly fell in love with
L.A.’s dance world where she liv d and trained in jazz, lyrical, contemporary, tap, ballet, and all styles of hip hop for two years. A.J. chose to spread her knowledge of dance through teaching at the age of 18. With 14 years of dance instructing experience she has taught at both recreational and competitive levels, with her students winning numerous high-score and choreography awards each year. She hopes to inspire people of all ages to pursue their passion through dance.

Paula has been teaching professionally since 2003 for various dance studios in the lower mainland. She is trained in Ballet, Jazz, Lyrical, Stage, Hip Hop and Gymnastics. She completed her RAD Ballet Examinations with distinction and was also an accomplished competitive soloist. Paula has trained and competed internationally in Cheer & Stunt and was a successful cheer choreographer before dedicating herself to dance. Paula has her certification as an acro instructor through Acrobatic Arts. She is a successful Junior Competitive teacher and choreographer, receiving high scoring and choreography awards. Paula is pleased to bring her experience and energetic dance style to Dance Collective.

Angela started dancing at a young age and has extensive training in Ballet, Jazz, Tap, Lyrical, Stage and Musical Theatre. Angela has competed in many local dance competitions as well as attending different dance conventions and workshops throughout the lower mainland and in the States. She performed in both Opening Ceremonies of the Vancouver 2010 Winter Olympics and Paralympic Winter Games. She has also appeared in many theatre productions. Notable credits include: Will Rogers Follies, Hello Dolly and Oklahoma! (RCMT); Singin’ In The Rain, Anything Goes, The Music Man, How To Succeed in Business Without Really Trying, Legally Blonde (TUTS); Wizard of Oz and Grease (FTL). Angela is the recipient of various scholarships and awards. As well as dance, Angela is also an accomplished pianist and vocalist who is excited to share her love of performing with her students. Angela matriculated with degrees in Science and Education from SFU.

Roxane has been teaching for over 20 years and held the position of Artistic Director before becoming a private coach and mentor. She is trained in both the RAD and Vaganova methods for ballet in addition to the Graham and Cunningham technique for modern/contemporary. Roxane is an Associate member of the Royal Academy of Dance and graduated from the RAD teacher training program with Distinction.

Many of Roxane’s students have gone on to have successful ballet careers in companies throughout the States, Europe and with the National Ballet of Canada.

As a student, Roxane was selected to compete at the Prix De Lausanne in Lausanne, Switzerland and from there was offered the opportunity to train at the Princess Grace Academy in Monte-Carlo. Roxane danced professionally in both Europe and Canada. Since then, she has had a keen interest in injury prevention and has studied extensively the biomechanics of movements, specifically in relation to dance. Roxane is also certified in the Progressive Ball Technique, known as PBT, which supports a healthy body in dance.

Now a private coach and mentor, Roxane is excited to join Dance Collective and to work with the students to help develop their talent.